Kuula supports Virtual Reality mode, aka VR. This feature gives you the possibility to see your 360 content in an immersive way using a VR headset. Currently, supported devices include:

VR is not supported on desktop computers, laptops and tablets. Kuula also doesn't support VR on headsets that do not offer a VR-capable web browser such as Pico or HTC.

For mobile VR, we recommend using Chrome on Android and Safari on iOS. VR should work fine in most other browser as well, but some browsers may not support it.

If you open a tour or a post on Kuula using a device that supports VR, look for the VR button at the bottom of the screen: 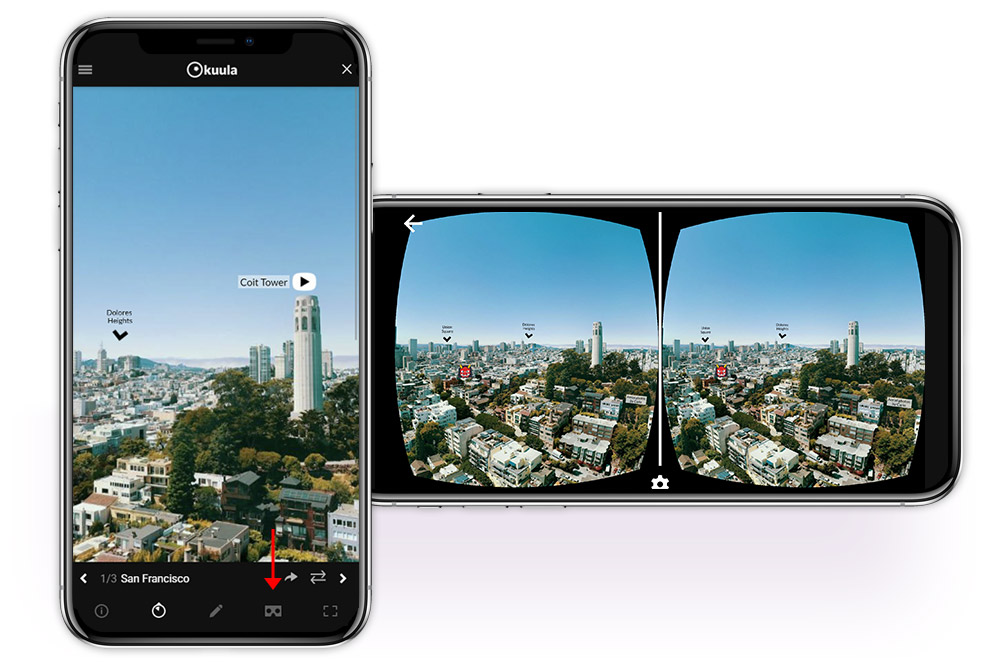 Once you tap on it, the VR mode will be activated and you can insert your phone into your headset. This mode is supported on both Android and iOS devices and with any cardboard headset as well as with Google Daydream headsets.

Oculus (Meta) Quest and Quest 2 headsets come with a built-in, fully VR-capable web browser, refered to simply as the Oculus Browser. You can access Kuula by navigating to kuula.co using that browser.

Once you open our page and find the post or tour you want to view in VR, click on the VR icon in the top right menu and you will be taken directly into VR mode. 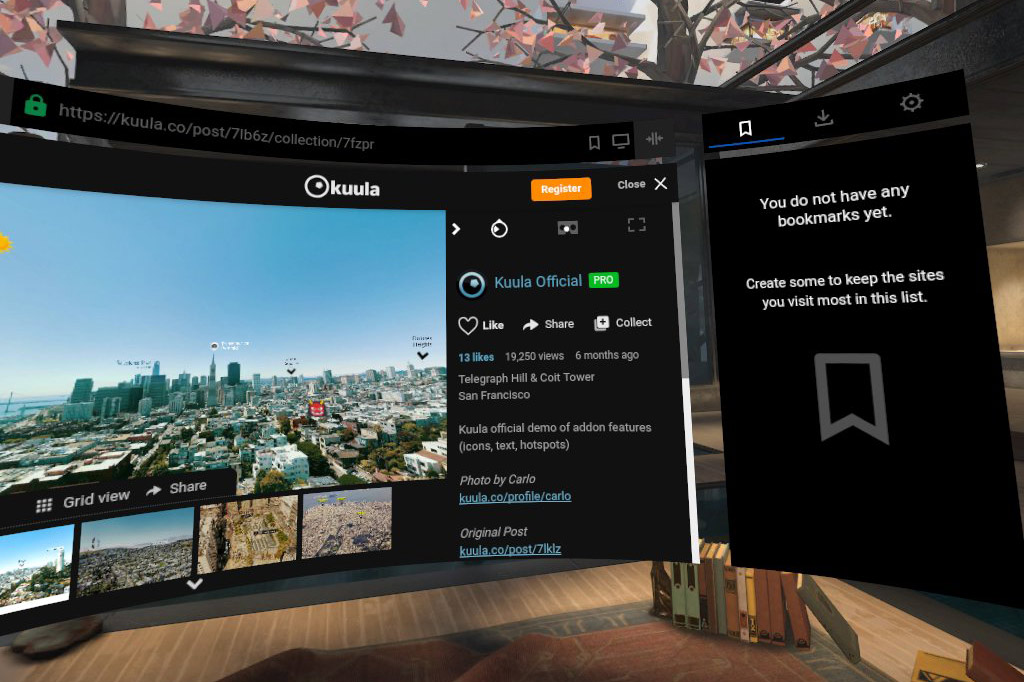 From there you can look around and use gaze navigation to move from one post to the next. For more information about those headsets, please refer to this tutorial.

#1 Virtual Tour Software
The best virtual tour software for real estate, architecture and many other businesses.
Upgrade to